James shares some of his favorite Fall photos taken in and around Grand Teton National park over the years. 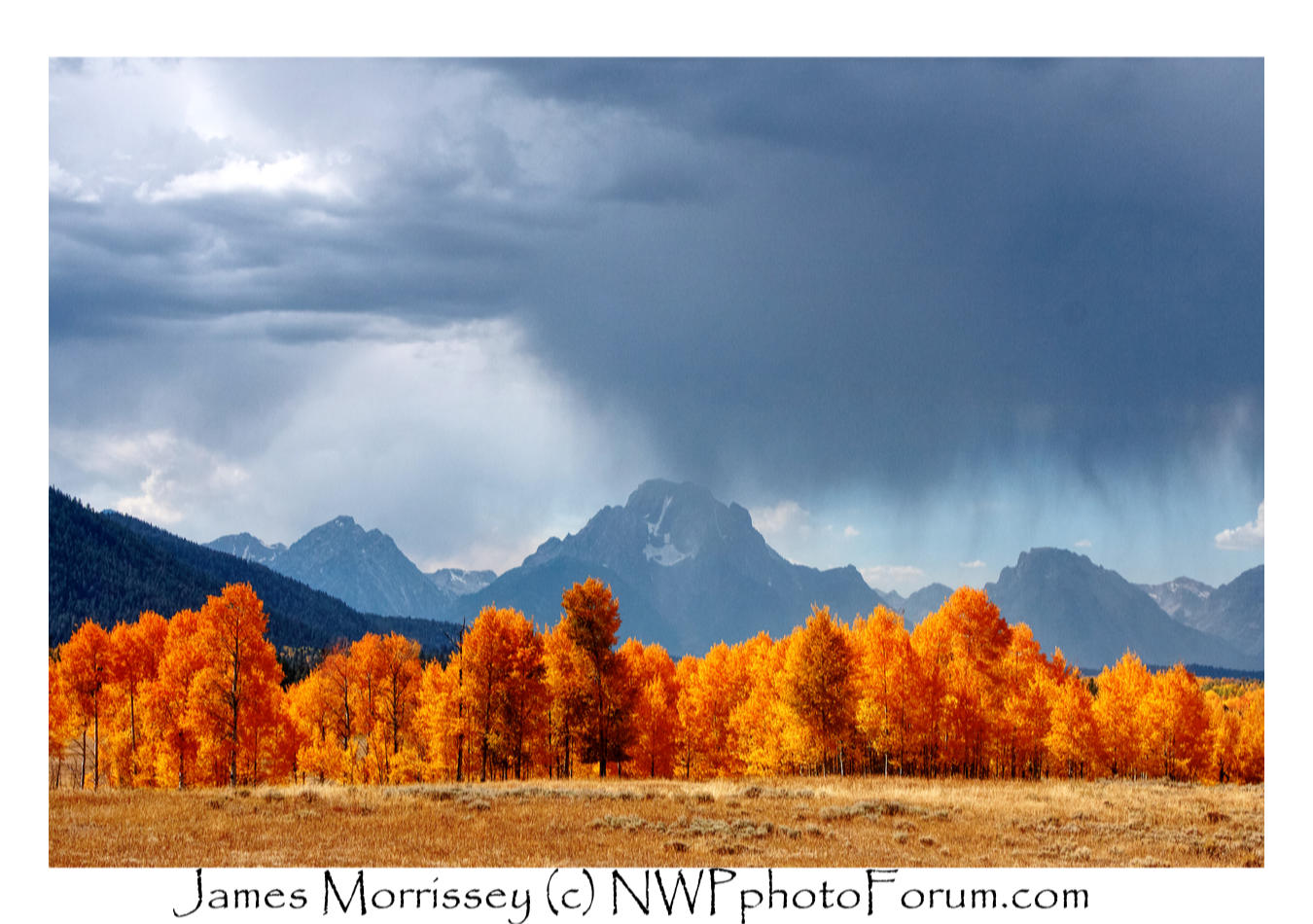 About This Image - This is one of my favorite Oxbow Bend photographic locations - taken after the sun has risen and reached the treeline East of the traditional Oxbow sunrise location. I love the amazing light hitting the trees and the forbidding sky.

About the Image - Signal Mountain, taken in 2006. I love the halo of foliage that brings you to the subject of the image. I also have this with the leaves sharp, but the mountains become a bit less a point of focus, so I used this one.

For much of the last 20 years, come the last week of September going in to October, I would be hanging out in the natural wonder that is Grand Teton National Park. Without a doubt, it is my favorite place in the world to spend the Fall. While you can argue that there are places with more amazing colors (like Fall in New England, for example), there is nowhere that has the total package. The combination of Fall colors, amazing mountains and accessible wildlife makes for an experience unlike anything else. 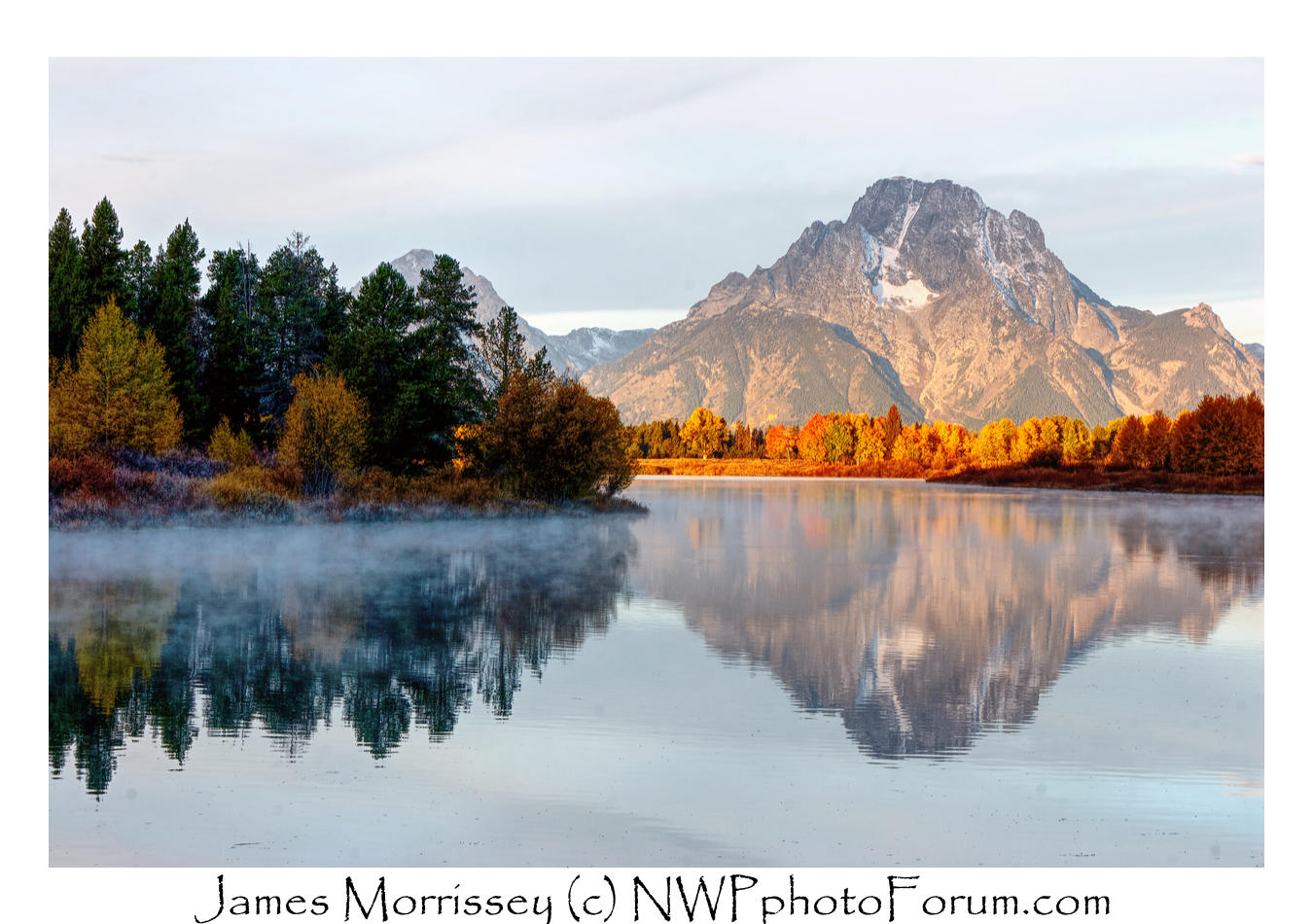 About the Image - This fortuitous image from Oxbow Bend shows you what I call "the runner up" image that everyone goes there for. Even if you don't get a remarkable sunrise, if you wait long enough, the light will shine on those trees at Moran's base. The fog and near still waters add to a very nice image, in spite of what I consider a 'ho hum' sky.

It is not controversial to say that Covid 19 has had a profound impact on travel this year. While the Parks are open, and some people are traveling to them, they are for the most part braver people than I am. I believe in science - and unless I am able to afford a private plane, I am only traveling to places where I can drive or bike to. This takes the Tetons out for me - at least for this year.


About the Image - This is one of my signature Fall shots. The use of negative space, strong storms and those chromatic distortions leading to the fall foliage below make for a pretty strong image.

Earlier this week, we had our "Fall Blitz" on the the Nature, Wildlife and Pet Photography Forum's Group Page on Facebook. I had the opportunity to dig into my back catalog of images and I had the opportunity to fall in love with Grand Teton National Park again - this time, virtually. The fun thing for me about this process has been that many of the photos I never really looked at previously, even though I took them years ago (in some cases, 2006). 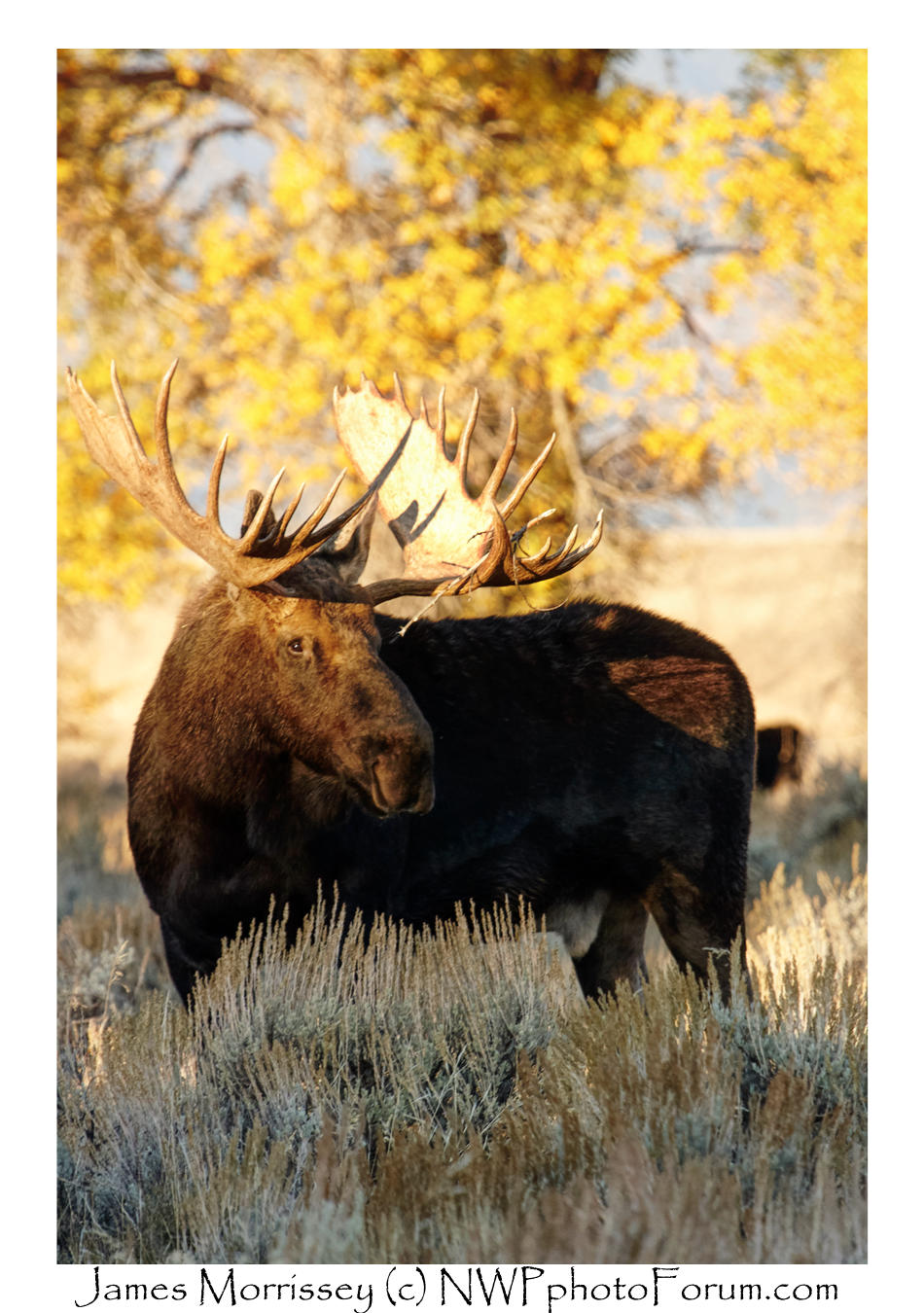 About the Image - Photographing bull moose is exciting no matter when you do it. They are an amazing force of ungulate power. However, having one with fall foliage and with such a nice spot-light like effect on the face is not something I always get.

I find almost everything about the Tetons is special - particularly the wildlife. While I have certainly seen moose and deer in New England, you just don't have the accessibility that you have in the Tetons. Moose are almost everywhere. I have seen them in town, near the airport all the way past Oxbow Bend, often with the mountains in the background. Once I was shooting a big bull (the one pictured above) near Gros Ventre, and there were 7 others a short distance away, including another big bull and a large juvenile.


About the Image - The Snake River Overlook is one of Ansel Adam's signature photos. I have never really had much perceived luck there, and this image sat on my harddrive for much of the last 8 years. I recently edited it for our Fall Blitz and I really liked the over-all look, particularly when I darkened the shadows a bit to make up for the sky, which I saw as neither 'here nor there.'"

Everyone thinks that the East is flat. Having grown up here, I can tell you that it is absolutely not true. We have plenty of moutnains, and lots of changes in elevation. What we lack is grandeur. The Mounains of the West rise from the ground in a way that makes even our largest mountains looks like mole hills.


About the Image - As I mentioned above, I have never really been a fan of my images from the Snake River Overlook. This image sat, unlooked at for years, even though I quite clearly remember the amazing sunset that we got there. Post processing is important, and when I re-looked at the image earlier this year, I decided I really liked it - even though the mountains were in silhouette.

I hope that you enjoyed my virtual trip to the West. I wish that this was a real trip and not a virtual one - but that's not in the plans for this year. There is great beauty out there, and I am so honored that I have had the opportunity to see it first hand - many times. Hopefully next year I will get another chance.


About the Image - This photo of Sheep Mountain (aka, The Sleeping Indian) is a composite. The original photo had the moon at the feet of the mountain. I moved it to the right, which I thought looked much more dramatic. However, the original is quite nice too - and real.