GlobeTrotter 2350 Carbon Fiber Tripod Review, by James Morrissey. Please note that Hunts Photo and Video made this tripod review possible by making the relationship between James and MeFoto. At the end of this review there is a coupon code for 10 percent off of the MeFoto GlobeTrotter.

Tuolumne Meadows, Using MeFoto GlobeTrotter 2350. The image on the left was taken with my iPhone
Posted By: James Morrissey


Cathedral Peak, using the MeFoto 2350 GlobeTrotter. The image on the left was taken with my iPhone.

Now that I am a veteran of two Yosemite High Sierra camp excursions, I think I can safely say that I am starting to learn a few things about hiking with photography gear. The most salient thing that I can share that is germane for this article is that hiking is all about ounces. I also believe that a good tripod is an essential part of any landscape photographer's equipment. Enter the MeFoto GlobeTrotter 2350 Carbon Fiber Tripod. The 2350 is an amazingly engineered 3.6 pound tripod with head.

As you may recall, I hiked with the MeFoto RoadTrip Travel tripod last year with great success. For folks who wish to read our MeFoto Roadtrip Travel Tripod Review, you can read that here. I had such a good experience with the RoadTrip that I purchased for last year's trip that I debated bringing it along this year too. However, after speaking with my friend, Gary Farber, at Hunts Photo and Video, he suggested that we try out the RoadTrip's big brother - the MeFoto GlobeTrotter 2350.

Having used this tripod for over a month now, I can say that I really - really - like this tripod. I have taken it pretty much everywhere with me. It has gone from the Yosemite Back Country to the rural country of New Hampshire and back home to New York City. It has all of the features I loved about the RoadTrip but improves on each of them.

Here are the specs for the GlobeTrotter 2350: 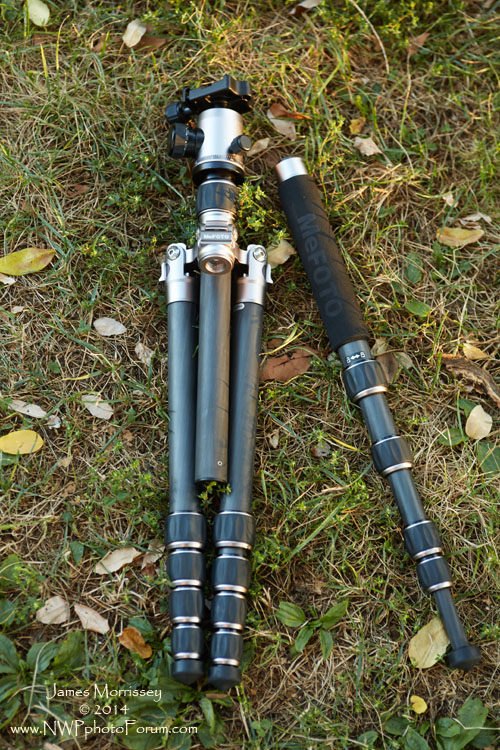 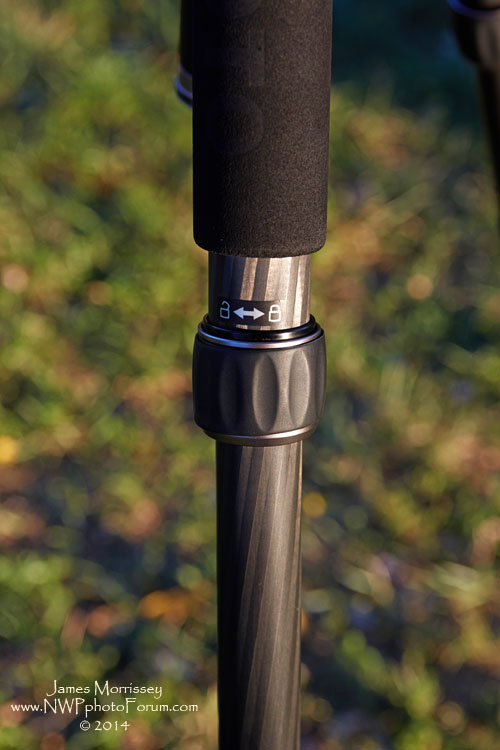 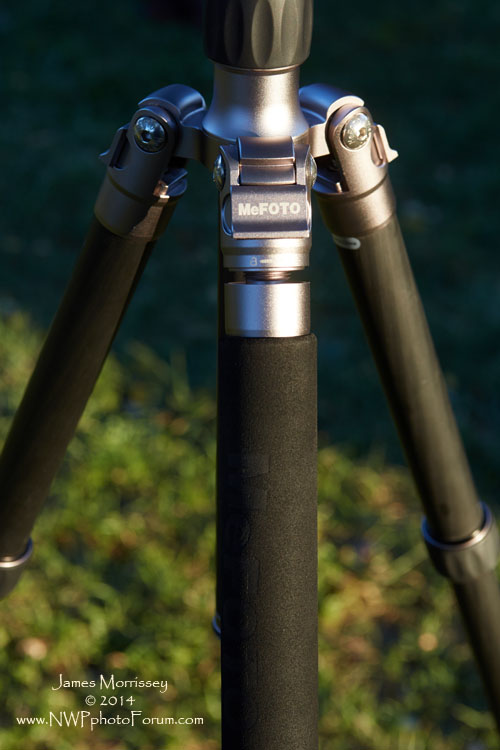 Height:
The one minor issue I had with the MeFoto RoadTrip last year was that I wished it were a little taller at the neck. The RoadTrip extends to 53.1 inches without resorting to the central column for height. The GlobeTrotter fulfills that wish. It is taller - at 55.1 inches. The 2350 is nearly as tall as my full size tripod at home. It is perhaps less than an inch shorter - at less than half the weight. That is just amazing.

Stability/Weight: As I mentioned above, the GlobeTrotter weighs no more than the Aluminum RoadTrip that I brought to the Yosemite last year. Somehow though, this little tripod has a weight bearing capacity of 26.4 pouds - over a 33% increase over the RoadTrip.

Another feature that I like about the GlobeTrotter has to do with the width of its legs. Many people do not realize that the wider the tripod leg the better the stability of the tripod. The GlobeTrotter provides a great balance of width and weight. The legs are significantly thicker than my RoadTrip and almost as big as my other well appointed Gitzo clone in the house. This tripod is STEADY. I have several images with very long exposures. Camera shake is not a problem.

Ergonomics:
The ergonomics of the GlobeTrotter are really thought out well. For example, the twist lock legs give a gentle 'snap' when you open them. The legs slide smoothly between sections.

Each leg of the tripod can be shifted in two different angles allowing for the tripod to effectively be used in different ways. The two photos below show one of the legs being used at a wider angle so that I could bring the tripod closer to the wood frame of the bridge I was working on. If MeFoto wants to make me even happier - on their next update, they can add a third angle position for the tripod legs.

For people who are interested in what I was doing, I was using my head lamp to brighten the wood frame while I was shooting a much brighter background.

James Morrissey, altering the tripod leg to allow him to get closer to the wood frame of the covered bridge.

Additional Features:
The other thing that I really like about the GlobeTrotter (and all of the MeFoto Travel Tripods) is that they come with a head standard. As I use an AcraTech for my work, I only swaped the standard head back on when we headed out to New Hampshire. The head is really nice though - surprisingly nice. First, it offers 360-degree Panning, which is great for those of us who like doing panos. Second, it is really steady. I think it functions as well as many ball heads that cost nearly as much as the tripod and head. I feel like I could use it for the majority of my lenses without any compromise. The following photo is a 5 shot pano that I took with the standard, supplied tripod head. 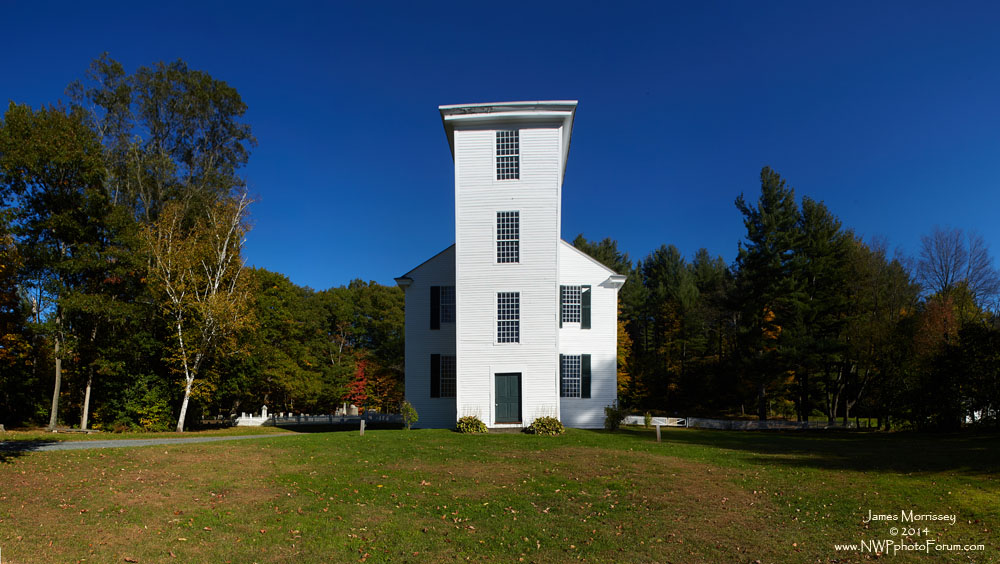 The long and short of it is that the GlobeTrotter 2350 tripod is a serious photographer's tool in a small, compact shape. I recommend this tripod without reservation. at $369 for the carbon fiber model, this is a steal.

Like the review and want to buy a tripod? Please consider purchasing the tripod at Hunts Photo and Video. The relationship with Hunts has been awesome for NWP as we have gotten all of these new products to review.

Enter coupon code 10JAMES to receive a 10% discount on your MeFoto Tripod at Hunts Photo and Video (any of them). I want to make sure that it is 100% clear that I have not received any compensation for this review. Also, I am supposed to send back the tripod (LOL, I am not above taking it if offered though!!). So try it out, I hope you like it. I know I sure do. I may very seriously buy this tripod too. It is that good.